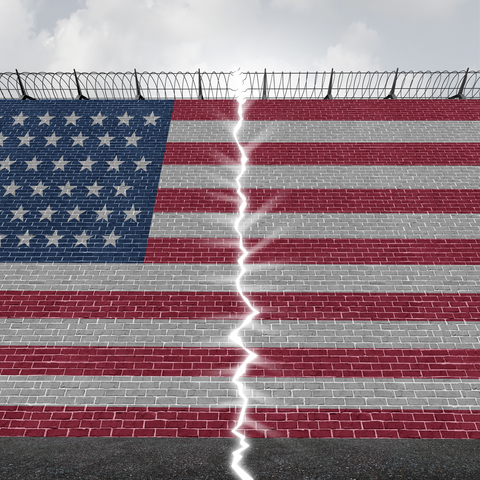 Recent weeks have provided a sharp reminder of why Culver City adopted a “sanctuary” resolution in early 2017. We should not only fully implement that resolution after long delays but should go further in protecting immigrant community members. That effort should be energized by an important recent court ruling affirming the legality of sanctuary, a ruling in which Culver City again played an important role.

Culver City residents should not accept the frequent claims that immigration is a purely federal issue and not a local one.

The essence of sanctuary is to reject complicity, to avoid, wherever possible, any action that assists the Trump Administration’s campaign against immigrants. That anti-immigrant campaign is noisiest with regard to undocumented people. It constantly invokes the spectre of “bad hombres” who have committed violent crimes even though, in fact, two-thirds of those deported in President Donald Trump’s first year in office either had no conviction at or all or had committed only the least serious offenses, such as traffic violations.

But deportations of undocumented people form just the tip of the anti-immigrant iceberg. Recent reports highlight stepped up efforts to deport green-card holders, purge the military of immigrants, strip citizenship from naturalized immigrants, refuse entry to people fleeing persecution, eliminate state-tolerated domestic violence as a basis for asylum, and remove family unification as a basis for legal immigration. Running throughout these policies is a consistent racism reflected in the “Muslim Ban” recently whitewashed by the Supreme Court and repeated characterization of Mexican men as rapists.

Most dramatic, of course, has been the recent policy at the border of systematically seizing children from their parents. That policy was structured to hold the children as hostages in order to force their parents to abandon valid asylum claims, to deter future migrants, and to pressure Congress to cut back on legal protections and enact Trump’s immigration policies, including The Wall. This is the same tactic Trump pursued by canceling the DACA program for immigrant youth and then offering to reverse course if Congress enacted his other priorities.

What does this have to do with Culver City? The answer is that interior immigration enforcement (as opposed to at the border) relies heavily on cooperation and information sharing between local law enforcement and federal authorities like ICE. ICE lacks the capacity to locate and apprehend most immigrants it would like to deport, so, instead, it locates people based on reports from local police contact—including minor traffic stops—and often takes people into custody either directly from local jails or by intercepting them immediately upon release.

This is why local practices matter even when police avoid the most egregious forms of cooperation—directly stopping and arresting people based on immigration status. It is also why CCPD practices may unnecessarily expose immigrants to detention and deportation without CCPD ever realizing it, especially after CCPD sends someone to the county jail, where the L.A. Sheriff has a history of cooperating with ICE in various ways.

Furthermore, as ICE expands its deportation efforts and targets sanctuary cities, the CCPD may face ICE requests which it has not confronted in the past. Thus, the lack of past cooperation is no reason not to put protections in place that focus on the future.

For these reasons, Culver City residents should not accept the frequent claims that immigration is a purely federal issue and not a local one. Similarly, this is why CCPD Chief Scott Bixby’s repeated assurances that CCPD does not directly engage in immigration enforcement, while welcome, address only a fraction of the problem. And even there, the CCPD’s recent draft immigration policy is riddled with loopholes that appear designed to give CCPD leeway for ICE cooperation in the future. The policy also simply ignores important protections of both state and local sanctuary laws. Moreover, some current CCPD officers have spoken out against sanctuary. While it may be their right to do so as private citizens, it also makes it all the more essential that CCPD provide detailed, binding instructions so that these personal views do not lead to direct or indirect ICE cooperation under cover of police discretion.

One recent example of all this was the CCPD’s effort to acquire a network of automated license plate readers. One serious problem was that the private vendor in question, Vigilant Systems, stored data tracking local car movements on its own private servers, where the data was vulnerable to access by ICE. Indeed, ICE already has a data-sharing contract with Vigilant. Even after this concern was raised, CCPD continued its effort and, worse yet, misled the public both about where the data was stored and about the existence of legal protections against ICE access. Fortunately, in March 2018, the proposal was rejected by the Council, which cited our sanctuary policy, although Council member Göran Eriksson suggested that the purchase could go forward without further Council approval. This is a concrete example of how sanctuary actually makes a difference in practice, and how the CCPD’s general reassurances don’t always translate into immigrant-protective actions when it matters.

It is precisely because local cooperation matters so much that sanctuary policies enrage and frustrate Trump and U.S. Attorney General Jeff Sessions—they are counting on local police to be a “force multiplier” in their mass deportation campaign. In addition to a variety of threats to withhold funding—consistently rejected by the courts—and efforts at public shaming, the Trump Administration sued California to try to block our state-level sanctuary law, SB54, the “California Values Act.”

As part of the process leading to a local sanctuary resolution, the City Council in February 2017 voted 3-2 to endorse SB54. Although Councilmember Jeff Cooper opposed it primarily on procedural and localism grounds, Eriksson opposed it on the merits. He gave a long speech endorsing police cooperation with ICE, at least with regard to people who were arrested, even if not convicted, for drug-related crimes. “I have a problem with this [SB54],” he said. “I want them deported. They have no right to be here. They play by the rules, or they get deported. I don’t see why that should be a problem.” Eriksson also invoked his own standing as an immigrant from Sweden, seemingly unaware of the racial politics of immigration that later led Trump explicitly to link his desire for more white, Scandinavian immigrants to his elimination of legal protections for hundreds of thousands of people of color from “shithole countries.”

More recently, the Council faced a decision whether to again support SB54 and, by extension, our local sanctuary policy, by joining California’s defense against the Trump Administration’s lawsuit. Doing was so was particularly important because of the recent campaign to turn localities against SB54, a campaign led by right-wing activists who previously disrupted Culver City meetings on sanctuary and whom the Southern Poverty Law Center has linked to white nationalist hate groups. Indeed, Genevieve Peters, one of the anti-SB54 zealots featured in SPLC’s report, had been invited by local provocateur and alt-right apologist Ron Bassilian to the April 30, 2018 Culver City Council meeting.

At that meeting, Peters dutifully linked the anti-SB54 campaign to her racist and sexist attacks on Council members Meghan Sahli-Wells and Daniel Lee. All this was part of the kerfuffle over Eriksson’s supposed entitlement to become Vice Mayor under the same policy previously ignored when doing so gave Jeff Cooper a second mayoral term. On the issue of defending sanctuary, fortunately the Council later voted to join the defense of SB54; Eriksson was the only member to withhold support.

There are limits to what Culver City can do on its own without a new congress and a new president, but in times like these, we should at least be doing everything we can.

Last week, the federal court sided with California and Culver City against the Trump Administration and sanctuary opponents. Sanctuary laws apply to a wide range of areas where cooperation with ICE is voluntary under federal law—it can be offered or withheld by choice—and not to the very narrow areas where cooperation is mandatory (such as compliance with a criminal search warrant, which ICE almost never has because it primarily enforces civil immigration law). Rejecting the claim that sanctuary interfered with federal law, the court explained that “refusing to help is not the same as impeding.”

With the legality of sanctuary once again reaffirmed, it is time for Culver City to commit to full implementation. This includes the CCPD finally issuing a policy that fully complies with and enforces the local sanctuary resolution—without omissions or exceptions. The city also has opportunities to take further steps to maximize protection and support of our immigrant community members and to avoid devoting city resources to practices that endanger them. A number of such steps were recently outlined in a report from Culver City Action Network (CCAN, of which I am a member).

There are limits to what Culver City can do on its own without a new congress and a new president, but in times like these, we should at least be doing everything we can. Culver City cannot #AbolishICE, but as some local leaders join that national call, the City can do more to protect local residents.