The Sinner – Season One – Netflix 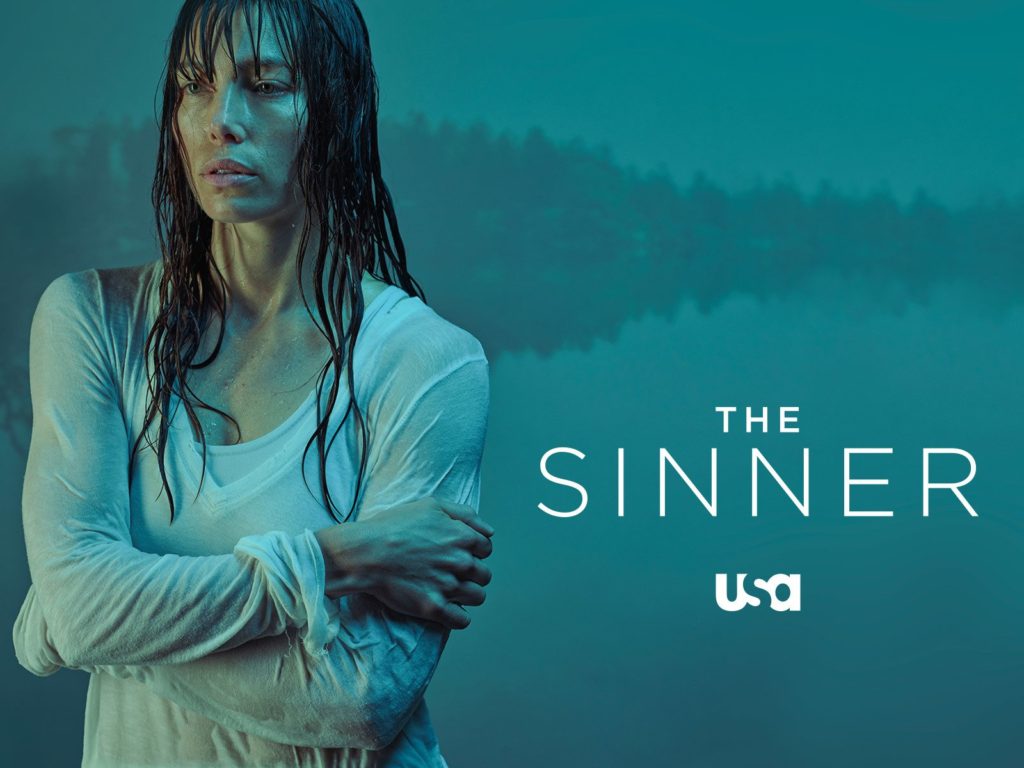 These days, the troubled, haunted and often tormented lead character is at the forefront of a lot of bingeable television series, and this describes USA Network’s now-in-its-second-season series, “The Sinner;” the first season (a complete story arc) is available on Netflix for your binge-watching pleasure.

Jessica Biel plays Cora Tanetti, a young mother, who, while on a beach trip with her husband and toddler, suddenly stands up, and inexplicably, repeatedly stabs Frankie Belmont, a young doctor, to death.

She does so, not only in front of her husband and child but also the doctor’s companions and more than 20 other beach visitors. The eight episodes of Season One are focused on Bill Pullman’s Det. Harry Ambrose’s attempts to find out the one thing no one knows: why i.e. motive. Why would she stab Frankie, someone she did not even know?

Harry is almost, albeit not quite, as tortured as Cora. He lives life self-destructively, is sort-of separated from his wife (“Law & Order’s” Kathryn Erbe), engages in the services of a sadistic sex surrogate (to say it’s disarming to see the often-in-dignified-roles’ Pullman in this way is an understatement).

“The Sinner” tackles issues of social divides within a community, with the Davenport locals and the seemingly untouchable wealthy country clubber living separately, but ultimately intermingled, lives. At the forefront of the story is how impactful an extremist religious upbringing–at the hands of militant parents–can be on a severely repressed and unenlightened young adult.

But it also touches on the effects of guilt, on sibling relationships and friendships, on what a catastrophic illness can do to a religiously addled mind; yes, there’s a lot going on, but the series manages not to feel overwhelming, even when viewed during a “binge-watch.” The series is both shocking and effective and grim. It’s also dark and disarming, but definitely compelling.

The second season is now streaming on the USA–and earlier episodes are available both on the USA app and on On Demand.