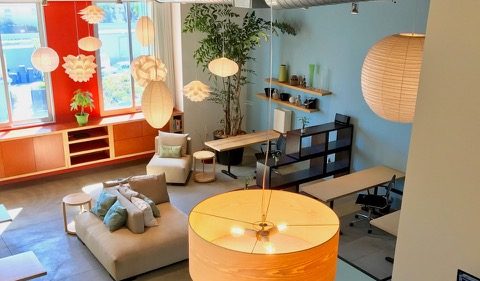 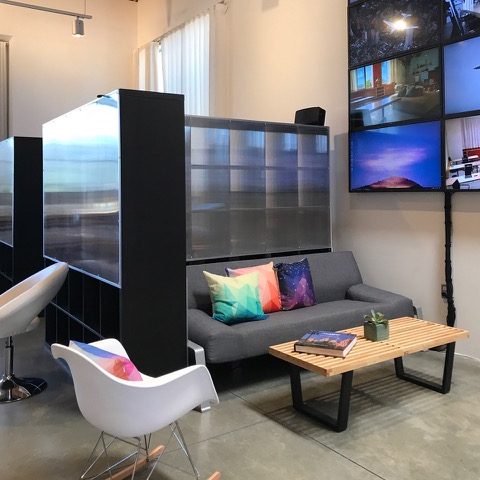 Located in the heart of Culver City’s Arts District is Procolo.co, a boutique coworking space described, by owner Linh Montgomery, as “an inspired single-location alternative to corporate chain-coworking spaces.” Linh and her husband, George, have dedicated themselves to creating an extraordinary, original place in a building known for its landmark, modern design. What they offer is a contrast to its corporate chain counterparts — all the conveniences with less distraction, half the density, and twice the amount of personal space.

We’ve had a long list of well-known entertainment creatives, as well as some great tech companies who’ve had phenomenal exits in the hundreds of millions…

George and Linh Montgomery contribute to the diversity of Culver City with their rich international and multi-ethnic backgrounds. Linh was born in Vietnam to an American soldier father and Vietnamese mother during the Vietnam War, and moved to San Diego when she was three-years old. George is also a military child of half-Asian descent, the son of an Air Force pilot and Japanese mother.

Procolo.co came to be in 2010 when the couple closed a small creative agency they ran for 15 years. “We were in a long-term lease and unable to break it so we started renting out desks,” explains Linh Montgomery speaking to the Catalyst on behalf of Procolo.co.

Traditional leasing and the extra effort to design, furnish and operate a space are all things that can distract from doing what entrepreneurs do best. We help them make all of those things easier.

Today, Procolo.co services many kinds of companies often in the high-growth stage. “We’ve had a long list of well-known entertainment creatives, as well as some great tech companies who’ve had phenomenal exits in the hundreds of millions while they were here,” Montgomery says. “We have interior designers, architects, writers, UX experience designers, casting companies, virtual reality experience developers and cryptocurrency companies. From local, small business to satellite offices of large organizations breaking into the L.A. market.”

The couple love Culver City because of its central location and small-town feel. “It’s an inspired place where creativity has always thrived. Even now world-class companies are attracted to Culver City.”

“The pace and way business grows is much faster than before. Both small and large businesses want to focus on their core. They want convenience, more like a hotel, and flexibility. Traditional leasing and the extra effort to design, furnish and operate a space are all things that can distract from doing what entrepreneurs do best, so we help them make all of those things easier.”

Because of Culver City’s close proximity to Silicon Beach, Procolo.co has seen its influx of entrepreneurs making their way into Procolo.co’s fold. “Many come here after trying other coworking spaces, and often times we’re their first stop from Silicon Valley or New York. There is something about the location, and the building, and hopefully, a bit of our philosophy that makes it a great place to work, and that consistently attracts some incredibly talented and discerning people.”

Providing inspiration to the prolific amount of designing and developing that goes on inside of Procolo.co’s walls, is a stunning environment that’s modern, open and inviting. Each room offering slight variations on a theme. Procolo.co has grown since they’ve opened, expanding their space five times to make room for demand. “We designed it ourselves with help from our good friend, Richard Cross. Each expansion gave way to designing a different type of space so we could have a mix of offerings. We have team spaces, individual spaces, private offices, lofts, open work areas, semi-private desks. Some components like our solid core door desks we put a lot of love into, hand refinishing them all here. We try to keep it simple, elegant and functional.”

When asked what advice Montgomery would give to other entrepreneurs looking to base operations in Culver City, she offered, “It’s a fantastic and strategic location from which to operate. A great local community in a teeming metropolis. It really is a crossroads for L.A. with access to freeways, LAX and the Expo Line. It takes about the same amount of time to get to Santa Monica, Downtown L.A. or West Hollywood from here. Get to know the city staff and government. Keep focused on your mission by letting us provide space that is inspiring and ready for work. Support your neighbors as your collaborators because there is a deep well of great talent right in our city.”

The Montgomerys are dedicated community members who offer up space to hosted events, including for city council candidates in Culver City’s recent elections. “We donate space for non-profits, school organizations and for our local elementary school.”

And perhaps, above everything else, something that might be a pressing question for prospective clients, “Is there free coffee?!” And to that Montgomery would respond, “Yes, there certainly is!”

Do you know a Culver City business you think should be profiled in the Catalyst? Email profiles@culvercitycatalyst.co.