The Netflix original series “Harlan Coben’s Safe,” which debuted this month on the streaming service, marks Michael C. Hall’s return to series television. Hall first came to the attention of television viewers’ in HBO’s watershed “Six-Feet-Under,” as David, the younger brother in a dysfunctional family of Los Angeles funeral-home owners. Hall’s nuanced performance was noteworthy, not only for the range he was able demonstrate, but David was also an out gay man, who for most the series, was involved with a macho, closeted, African-American cop. Hall’s next turn was as serial-killer-with-a-conscience, forensic police officer Dexter Morgan. The actor is not afraid to play characters challenging to “like.” Playing a root-for-him character isn’t a problem for Hall in the British/French production “Safe.”

Hall’s character, widowed, paediactric (yes, that is the U.K. spelling) surgeon Tom’s moral-compass is fairly clear, albeit with the possible taint of romantic indiscretion. And so we finally arrive at “the point:” “Safe” is well aware of the irony of its title, and the eight-part series is a kind of dismantling of the Idealized Family Dream in the narrative and guise of a murder mystery.

In many ways, “Safe” unpacks the slow reveal of the mystery not unlike a standard or traditional procedure, i.e., a body is discovered, police are called and Dr. Tom (ex-military, by the way) frantically looks for his missing teen daughter, who, it is clear, is connected to the victim.  Daughter Jenny (Amy James-Kelly) has snuck-out to attend a classmate’s party (for the record, the party is rife with every teen-party cliche, from parents-out-town, excessive drinking, a manufactured brawl, and ends with the popular-girl hostess throwing everyone out because her parents are headed home unexpectedly. Did the UK/French producers take clues from American teen-centric movies?)

“Safe” provides an undemanding audience with a relatively straightforward storyline, but it also gives food for thought to more discretionary viewers.  Its “moral-of-the-story” is that the truth wills out, no matter how long hidden. Good prevails. And by the end, there’s no ambiguity to its message. The circle of the narrative – told through flashbacks and “present day” and explained via unobtrusive Chirons in the left corner of the screen – has been told and all is “right with the world” – or is it?

The big question for fans of the American Hall: Can he convincingly pull off the part of a Brit? The answer? Sort-of. For viewers – U.S. and UK – who are not bothered by what some may find an unconvincing accent, it works. Hall’s a good actor and certainly looks the part. It’s easy to buy him as a doctor. His relationships with his colleagues, best friend, daughters, and neighbors are seamlessly woven into the occasionally too-intricate plot. But to a discerning viewer (who some might call “nitpicky”), Hall’s accent is a distracting nuisance, as its origin fluctuates between geographical regions across England, and even occasionally, forgetting it altogether. If Hall’s character wasn’t supposed to have a military background, it would’ve served the series better (for those irked by his inconsistent accent) to have made Tom a U.S. ex-pat and would have no effect on the story.

It’s easy to see how “Safe” was put in production (Hall is an exec producer), for a viewer who just wants to just escape into the story, as episodes unfold to tell an easy-to-follow suburban suspense tale. Clearly, there’s something evil lurking in the picture-perfect gated community and by the end, you know it will be revealed. But a more sophisticated (i.e. jaded) viewer may roll their eyes at the blatant red herrings and heavy soap-opera-y plotlines.  Let’s put it this way – the narrative convention of showing what the producers clearly want to be shocking reveals-through-flashbacks is probably the most cutting-edge aspect of “Safe.” The bar for television series has been raised quite high – and Hall’s two previously mentioned series have a responsibility in that. “Six-Feet-Under” and “Dexter” offered up unconventional settings, anti-heroes, genuine suspense and moral conundrums. “Safe” probably intends to facilitate thoughtful conversation. It does bring up issues of the validity of deathbed confessions, cold cases, institutionalizations, faithfulness, paedophilia (UK spelling, yes) and more, but not in any “new” way. There’s a mixed-race neighborhood family inveigled in the “mystery” and through them, there’s a rather unforgiving (some may say classist) portrayal of the nouveau-riche husband/dad, a guy named (seriously) “JoJo.”

“Safe’s” twist is not so much twist (especially for crime-drama fans), as it is tacked on for sheer emotional “shock,” betraying an established character be damned.

“Safe” is not groundbreaking. You won’t be thinking about it “for a long time,” as you might with another available-on-streaming show.

But if you can get past Hall’s weird-y accent, the melodrama, seemingly rational characters’ questionable choices, it is watchable. It’s probably most ideal to download to binge watch for a non-stop flight to Europe or Asia, where dosing won’t affect your understanding of the story. 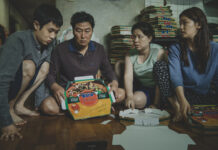 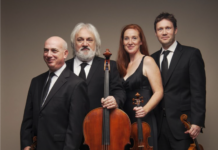 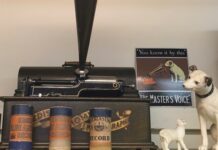