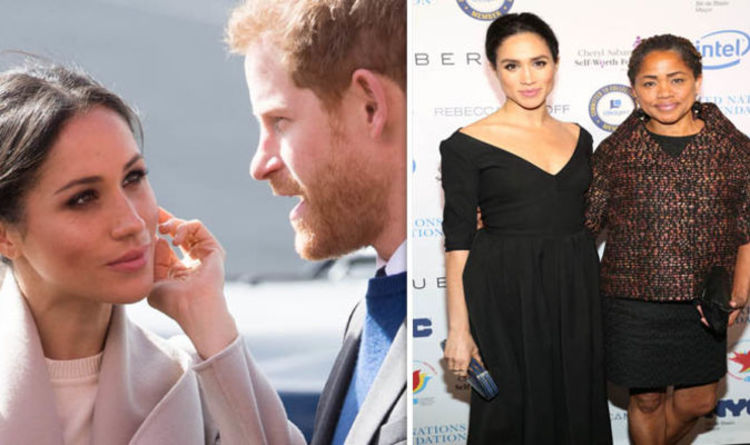 Thomas Markle met Doria Ragland in the late 1970s and the pair bonded over a shared love of antiques.

They wed and moved to a Los Angeles neighbourhood before welcoming Meghan into the world on August 4, 1981.

Her parents separated when the former Suits actress was six-years-old and she lived with her mother, who worked as a yoga instructor and social worker after the divorce.

However, their marriage ended on amicable terms and Meghan still saw her father regularly while she was growing up.

Meghan is Doria’s only child.

Meghan’s father was a television lighting director while she was a child and she has often cited the time she spent with him on sets as a reason for her developing an interest in acting.

The 73-year-old, of Dutch-Irish heritage, also worked as photography director on Hollywood sets including Married…With Children and long-running US soap General Hospital.

He even won a Daytime Emmy for Outstanding Achievement in Design Excellence For a Daytime Drama Series.

Thomas’ brother Frederick Markle, is the leader of the Eastern Orthodox Catholic Church in America and his congregation call him Bishop Dismas.

Meghan has two half-siblings called Samantha and Thomas Jr, who are the children from Thomas Sr’s first marriage to Roslyn Loveless.

Samantha Markle – otherwise known as Samantha Grant – is 17 years older than Meghan and has often spoken about her half-sister in the media.

Meghan’s 25-year-old nephew Tyler Dooley, who lives in Grant’s Pass, Oregon, has been on Good Morning Britain along with his mother and brother to talk about his aunt.

They plan to be in Windsor for the wedding tomorrow to be guests on the show again.

Doria Ragland flew into the UK this week to meet senior royals ahead of the wedding tomorrow, including the Queen, Prince William and Kate.

While Prince Charles walks her daughter down the aisle, Doria will also have an important role as she rides in the car with Meghan to the chapel.

Thomas was unable to travel from Mexico, where he is spending his retirement, to give his daughter away due to ill health.

He also was involved in a media storm last week after admitting he was paid to pose for staged paparazzi photos.