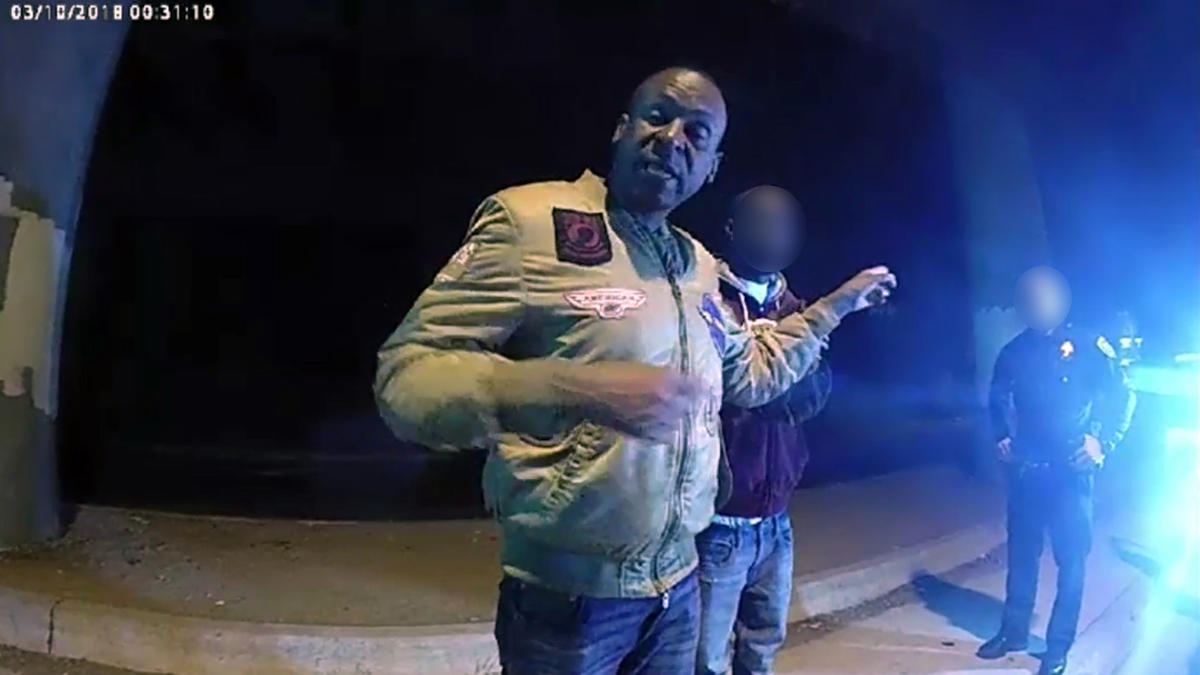 Capt. Darnell Davenport, who commands the LAPD’s Southwest patrol division, took legal action last month after he said he was unjustly stopped and questioned by two Culver City officers under the 405 Freeway.

Body camera and police car video obtained by NBC4 shows the officers shining their patrol car spotlights at Davenport and a second unidentified man around 12:30 a.m. on March 10, 2018.

The men walked toward the patrol car that stopped near Bristol Parkway and Centinela Avenue and the officers got out.

“What were you guys doing back there?” asks one of the Culver City officers. “Where are you guys headed to?”

“Why do you want to know that?” Davenport answered, before asking the officers to call a police supervisor to the scene and for the telephone number to the Culver City Police Department.

Davenport showed the officers a ticket stub from a movie theater about a ½ mile away, said he was walking back to his car, and provided his driver’s license before walking away with the second man.

The exchange lasted less than three minutes and Davenport was not searched, cited, or arrested. He did not identify himself as a police officer. A legal claim filed by Davenport on April 5 alleged there was no legitimate reason for the stop.

“Mr. Davenport is an avid supporter of law enforcement, thus he has been particularly disturbed by his treatment,” the claim document said. “Mr. Davenport encourages and supports proactive policing methods, however he cannot reconcile his detention with any justification other than the racial profiling of (redacted) African-American males,” the claim said.

A government claim is the initial step required before a lawsuit can be filed, and as a result, the Culver City Police Department said it could not respond to Davenport’s specific allegations, other than to provide an account of the events that night.

“Two men emerged from behind a concrete pillar under the overpass, in the area of closed office buildings,” the department told NBC4 in a statement this week. “Given the circumstances, including the location, the lack of lighting in the area, and the time of day, the officers stopped to investigate. The two men were detained for approximately two minutes and thirty-six seconds, and then released without any enforcement action,” the statement said.

The Culver City Police Department said it does not typically make body-worn or police car video recordings public, but Chief Scott Bixby, “is exercising his discretion to release the videos,” the Culver City City Attorney’s Office said in a letter.

Davenport has been an LAPD officer for more than 25 years and was wounded in a gunfight in Koreatown in 1993. For that incident he was recognized with an LAPD purple heart award.

He told a Cal State Northridge journalism student in 2013 the shootout changed the way he interacted with people.

“I felt threatened by people very quickly,” he said in a video interview.

Davenport was away from work this week and was unable to be reached for comment.

The LAPD said it was not involved in the Culver City matter in any way.