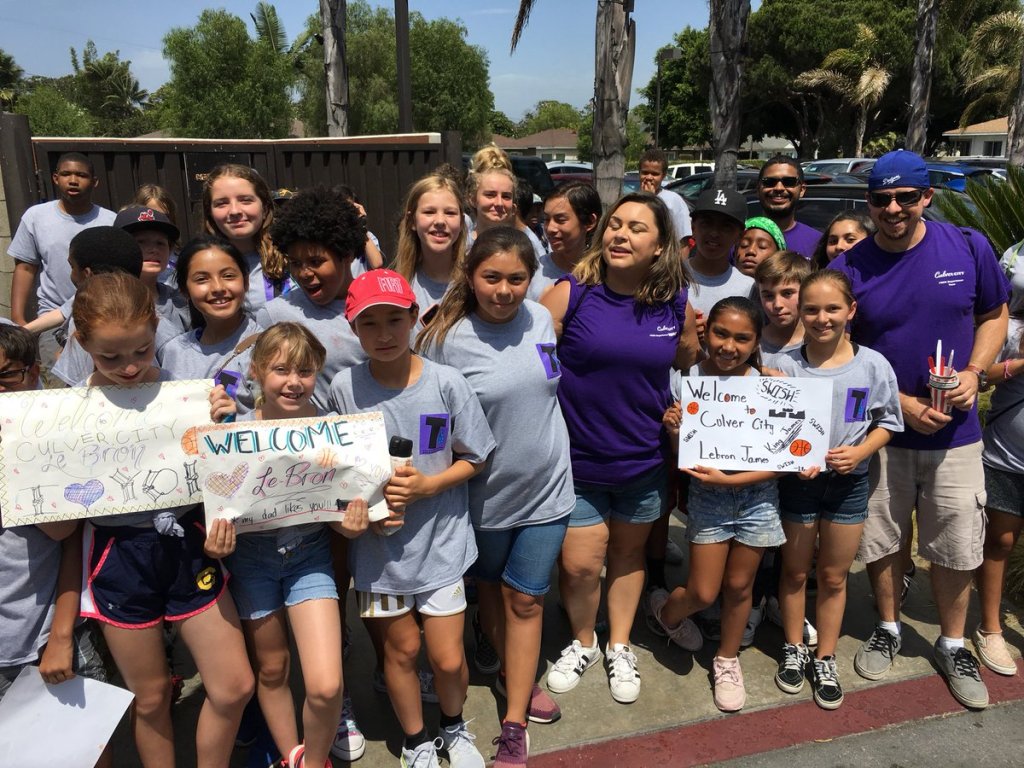 NBA All-Star and newly minted Laker LeBron James appears to have worked up an appetite while officially signing his contract with the NBA Los Angeles franchise.

On Monday afternoon, he tweeted from his personal account, “Haven’t been to a pizza party in a minute. Culver City?”

Haven’t been to a pizza party in a minute 🤔 Culver City? 👀🍕 https://t.co/1QxgALyekK

That pizza party he’s referring to was a planned event for Tuesday afternoon during which select locations of Blaze Pizza would give out free pies in celebration of LeBron coming to Los Angeles.

The new twist was the hint that the three-time NBA champ might just be sufficiently pizza-peckish to show up at one of the SoCal Blaze-erias.

The collaboration makes sense. Lebron is a Blaze Pizza franchisee and an early investor in the Pasadena-based brand. Since he hinted at Culver City, his fans listened.

And they definitely showed up. According to posts on Twitter, hundreds of people showed up by 1 p.m. Some were there since 7:30 a.m.

Hundreds of people are lined up outside Blaze Pizza in Culver City (one since 7:30 a.m.) awaiting @KingJames’ *potential* arrival. Franchise owner Tom Cook has no idea if or when he’s coming, found out about it the same way we all did. pic.twitter.com/4lW8cOElid

The scene outside Blaze Pizza in Culver City, waiting for LeBron James. pic.twitter.com/0NpuQrhIK2

The line to get in the line at @BlazePizza in Culver City #LABron pic.twitter.com/rXVriL6rhS

It is MADNESS outside @BlazePizza pizza right now. EVERYONE WANTS TO MEET @KingJames. pic.twitter.com/YS3xSyTTNk

CoFounders of Blaze Pizza Tom Cook, Elyse and Rick Wetzel waiting for LeBron James. They heard of the possible appearance on Twitter along with everyone else. pic.twitter.com/9q3c9Jy0VC