Judge Not? A Deconstruction of Judicial Elections. 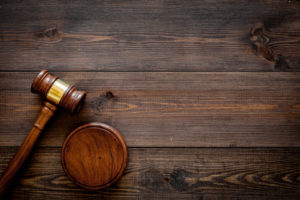 Every election, the judicial races are mysterious. It is tempting to rely on candidates’ statements in the back of the ballot booklet, but these statements are printed at the candidates’ expense.

Judges seldom aggressively fundraise, in order to preserve the appearance of impartiality and nonpartisanship, so the ballot statement fee can be a significant personal outlay and many forego it.

For the contested races, there are some campaign materials and endorsements to help decide. For example, the Culver City Democratic Club heard from several candidates in person, then made their choices and published a slate.

What about the uncontested ones? Why are they even on the ballot? Whether appointed by the Governor or elected by the people, California judges have finite terms and must periodically stand for re-election. This is usually a formality but, like many aspects of our politics, it feels different this time.

The LA Times argues that all judges should be re-elected to maintain judicial independence. Unopposed incumbent judge Andrew Gilbert makes the same case in the Daily Journal, also criticizing recall movements such as the successful one against Aaron Persky, who gave Stanford rapist Brock Turner a light sentence.

There is a more progressive version of this argument: contested judicial elections can encourage judges to pander to voters by taking a “tough on crime” position through imposing harsher sentences and to indulge in all the worst aspects of political campaigning and fundraising. There are two significant counterarguments.

First, because judges are elected, they can be held accountable for rulings which offend a majority of voters, as in the case of Perksy. Olympic diving champion Greg Louganis is leading a campaign against the re-election of state Supreme Court Justice Carol Corrigan because she dissented from a 2008 decision which legalized same-sex marriage in California.

She wrote that she supported marriage equality but believed it should be accomplished by the voters, not the courts. Louganis and his allies did not find that an acceptable reason to delay full legal recognition of same-sex couples and are calling for supporters of LGBTQ rights to vote her out.

In this climate liberals and progressives may be wise to use every legal tactic available to deny Republicans power, since the GOP has not hesitated to do the same and more. In 1977 Jerry Brown appointed Rose Bird Chief Justice of the State Supreme Court.

She was the first woman on that court and immediately faced vigorous well-organized right-wing opposition and multiple recall campaigns, largely due to her refusal to apply the death penalty. In 1986 she and two other Justices, including Cruz Reynoso, the first Latino member of the Court, were voted off, the first judges to lose their jobs since the state instituted judicial elections in 1934.

Caitlin McEvoy suggests voting against all judges appointed by Republican Governors. While some of these judges appear to be party loyalists, others came up in a less polarized time and were the best person for the job whether they were affiliated with the Governor’s party or not.

For example, unopposed incumbent Judge Elwood Lui began his legal career as a Deputy Attorney General in California in the late 1960s under Reagan but was appointed to the State Appellate Court by Brown twice, in 1980 and 2015, with time at a law firm in-between.

Likewise, after receiving judicial posts from Deukmejian and Wilson, Nora Manella was named a US Attorney and subsequently appointed to a Federal judgeship by Bill Clinton, then received her current California position from Schwarzenegger.

Some Brown appointees up for reelection have unambiguous liberal credentials, such as Gail Feuer‘s work for the Natural Resources Defense Council and Leondra Kruger and Lamar Baker’s service in the Obama White House.

Besides Corrigan, the only other unopposed judge with a recent newsworthy decision to their credit is Helen Bendix, appointed by Brown in April. In August she ruled that a Claremont College student had been wrongly suspended for a sexual assault charge because his accuser had not been available for questioning at the suspension hearing. While this verdict has been embraced by anti-feminist activists, it appears to be a sincere attempt to reconcile the constitutional right to confront one’s accuser with compassionate treatment of victims.

For voters who do want to target Republican appointees, McEvoy lists who appointed which incumbent judge. Additional resources are limited.

The RobingRoom is RateMyProfessor for judges and, like that source, it is often nasty, filled with open airing of grudges and bigotry. One and ten-star ratings are common, likely based on the verdict in the rater’s case. However, even at its worst it can yield interesting information. The disturbing homophobic comments on Luis Lavin’s page led me to search further and discover he was the first openly gay judge in his district and only the third in state history.

JudgeVoterGuide can be similarly useful. Their questionnaire reveals a strong right-wing bias by featuring leading questions on the “right” of businesses to discriminate and the bogus shibboleth of “originalism.” While they do not publish candidates’ responses to the questionnaire or even identify which ones took the time to complete it, liberals and progressives can use their ratings and endorsements to identify right-wing ideologues. 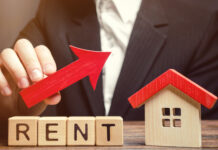 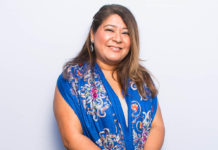 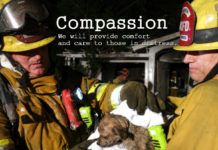 Shot in Screenland — “Into the Night”

Free Classical Music on the Westside