Join Take Two each weekday at 9 AM where we’ll translate the day’s headlines for Southern California, making sense of the news and cultural events that people are talking about. Find us on 89.3 KPCC, hosted by A Martinez. 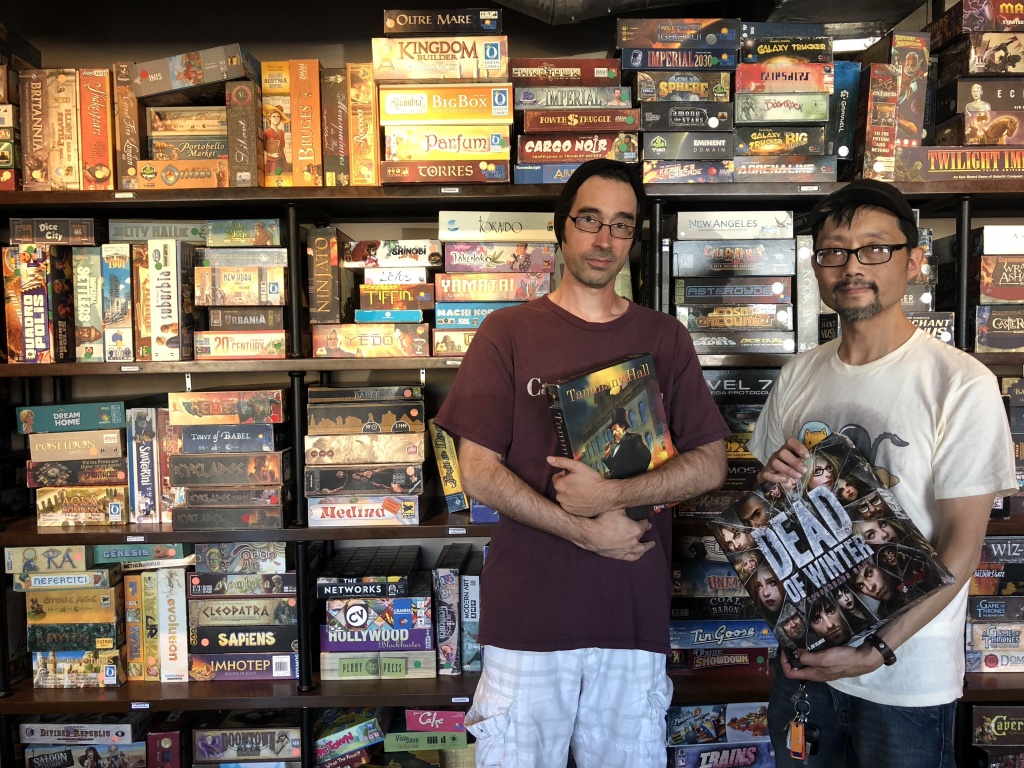 April 28 is International Tabletop Day, when people unplug their phones and play old-fashioned board games. At Game Haus, even the food is a word play on popular games.

Robert Cron explains the business model for the cafe.

“You pay a flat fee per person, you can stay as long as you want and play as many games as you like on the shelf. We’ve got the food and drinks available at the cafe as well,” Cron says. 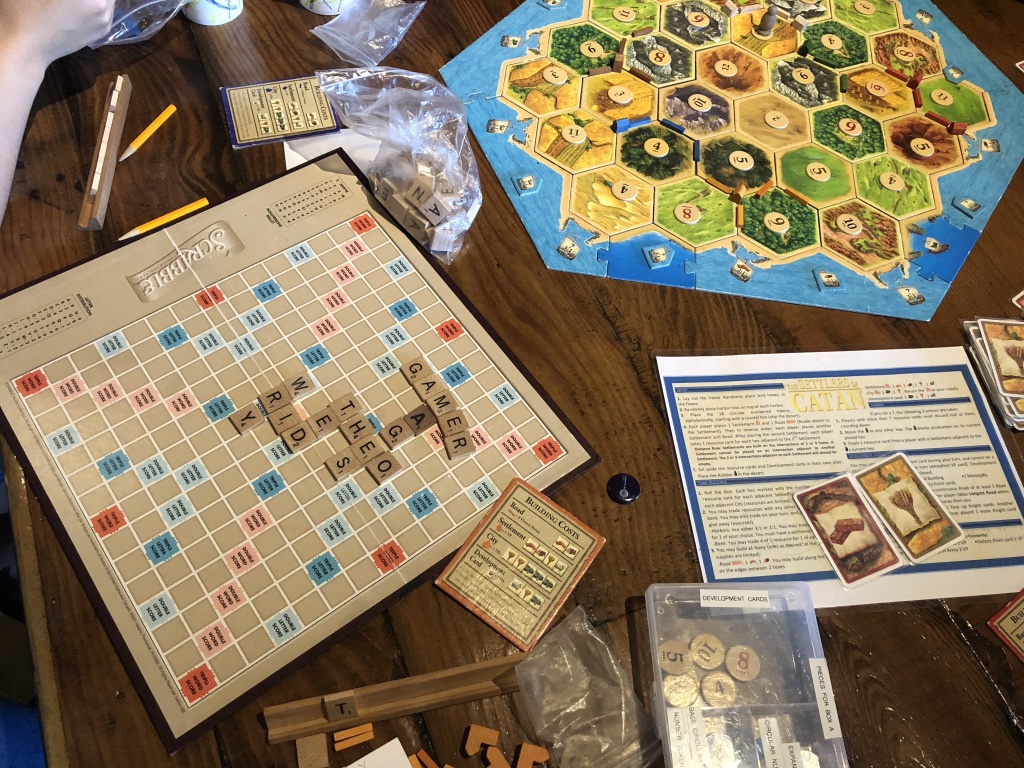 After finishing Monopoly, Yeon Kim, Mark Yang, and their friends moved on to Catan, but their secondary game Scrabble is still going strong

Yeon Kim and her friends were having a bit of an analysis paralysis. That’s why they were playing two games at the same time.

“I won this round and we are going into the second round,” Kim says.

Luis Galvan was having an iced coffee while playing a game called Wiz-War for the first time. It’s an obscure game about wizard warfare.

“Whenever we come to Game Haus, we try to play games we haven’t played just to test them out. Some of them can last six hours,” Galvan explains. 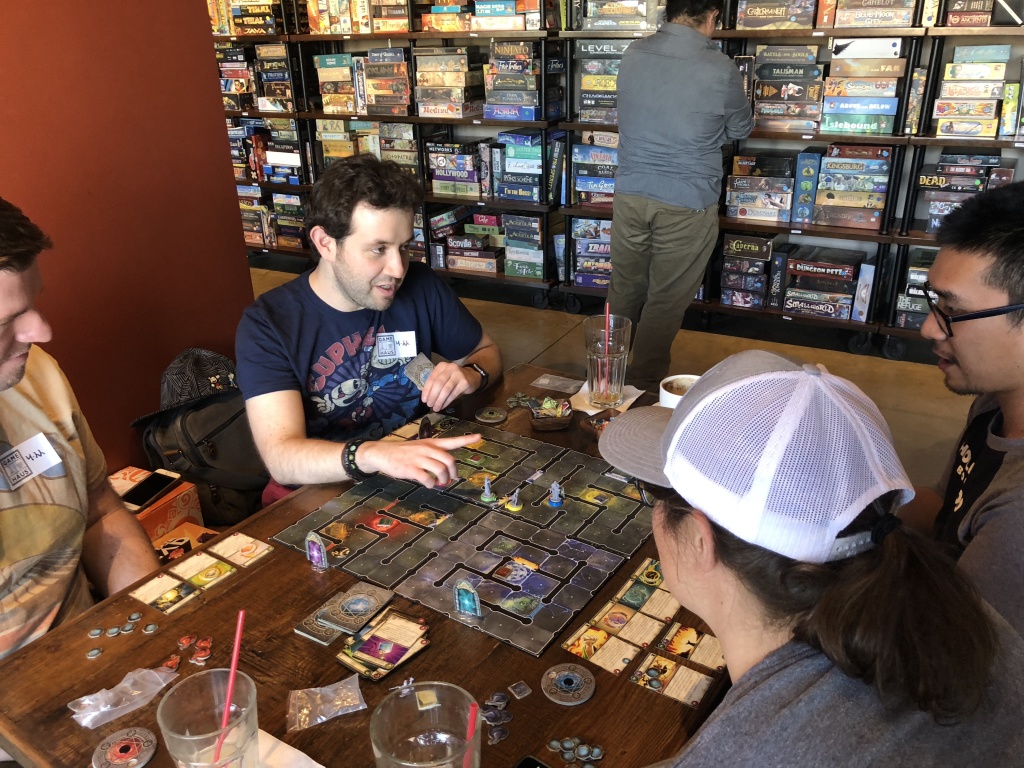 Maud Monteil had made the trip to Glendale from Culver City. Originally from France, she was happy to discover a board game cafe in Los Angeles.

“We’ve been to a few in Paris, and Bordeaux, and I have to say this one is the best,” Monteil says. 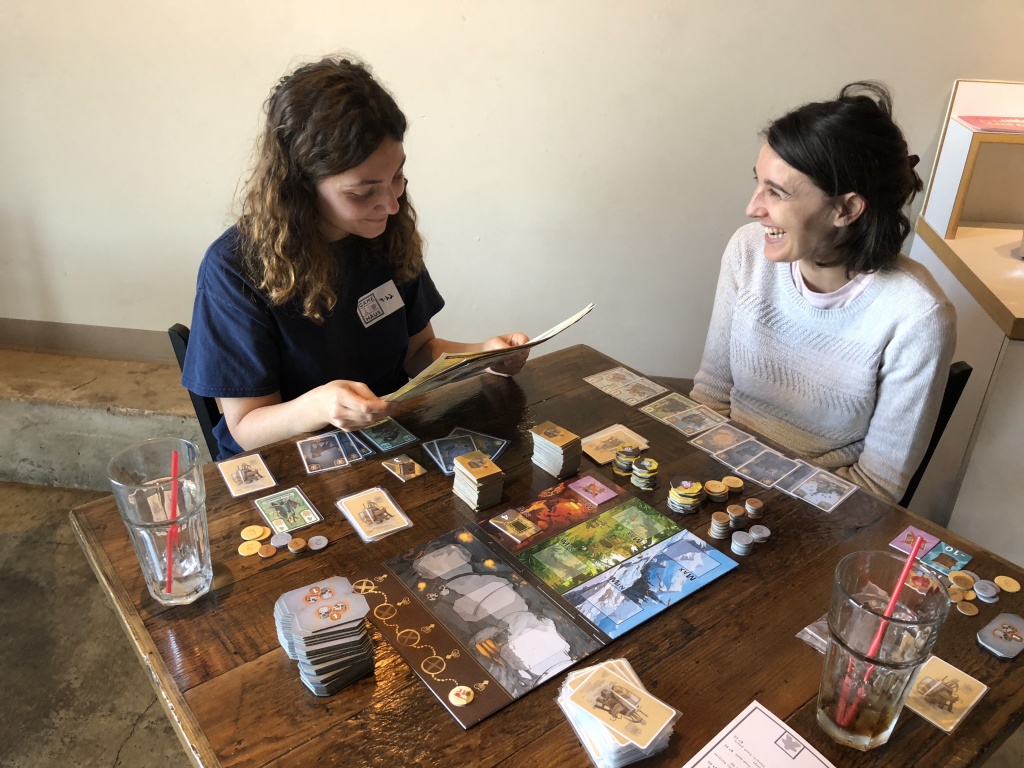 Visitors from France are learning a new game “Treasure Hunter”

“This is a city where we spend so much time in our cars. We are always trying to get to the next place, figuratively and literally,” says Terry Chiu. He co-owns Game Haus and is the cafe’s in-house baker. He thinks this type of place is an oasis for Southern California.

“It’s a nice relief for folks to come with family and friends, and not worry about spending three hours getting across the city,” Chiu says.