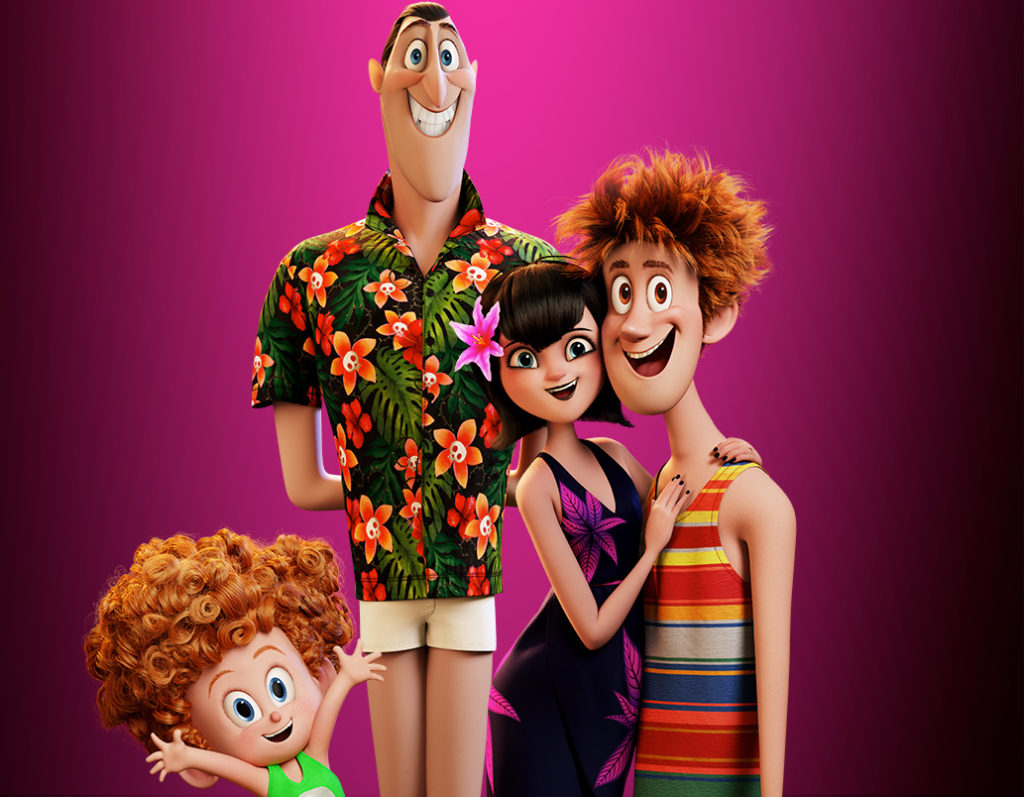 It might be inconceivable to an adult, encountering this very successful franchise for the first time, with this the third installment of just why the “Hotel Transylvania” feature films have been so successful; and the first film was the launching point for equally popular video games, mobile phone apps, and even a television series (“Hotel Transylvania: The Series”).

It isn’t necessary to have seen the previous films, and it seems evident upon watching the latest theatrical release, that viewings of installments 1 and 2 couldn’t drastically improve 3. To a cynic, “Hotel Transylvania 3: Summer Vacation” is an opportunity to further cash in on the inexplicable success of the whirlwind of media surrounding “Hotel Transylvania.” To a fan, if it does anything but provide more storylines, it is likely worth it. If you’re a parent compelled to attend with your fangirl/fanboy child, it might be a good time to indulge in a nap. 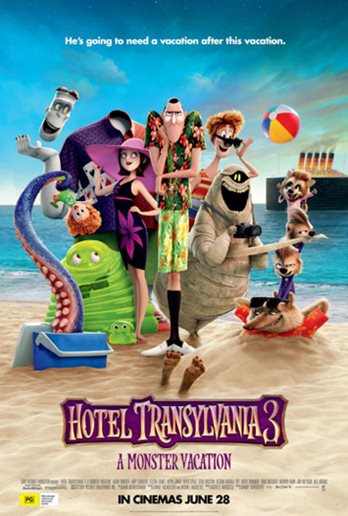 In “Hotel Transylvania 3: Summer Vacation,” Hotel magnate Dracula (Adam Sandler), now the proprietor of a successful hotel, initially opened to serve monsters, and now added humans to their rosters, is compelled by his daughter Mavis (Selena Gomez) to go on an inclusive monsters’ cruise. Mavis’ husband Johnny (Andy Samberg), half-human/half-vamp son Dennis, and the monstrous cast of characters (Kevin James as Frank, Fran Drescher as Mrs. Frank, Keegan Michael Key as the Mummy, and more) join in. Lo and behold, the captain (Kathryn Hahn) is secretly a Van Helsing ancestor, masquerading as the party boat’s coordinator. Naturally, the single-and-contemplated-online-dating- Drac falls madly in love with her, not knowing she plans to kill all monsters on board. The film’s ending isn’t even a tiny bit of a surprise, but if you’re an indulgent parent (aren’t most of us?), you’ll welcome the opportunity to make your child happy.

Speaking of happy children, the family in the seats to our right left, because their little boy was frightened. The majority of monsters are so caricatured and diluted, that they’re really not scary. But the cruise ship’s captain’s great-grandfather, Van Helsing, is effectively scary — because of his many roadrunner/coyote-style encounters with Drac (that often end with Dracula victorious in over-the-top avoidance/fighting and Van Helsing felled in a way that would otherwise means death). Van Helsing has had his “missing” limbs replaced with steam-punk style machinery (think Andy’s sociopathic neighbor Sid’s creations in “Toy Story”), and it’s genuinely disturbing. 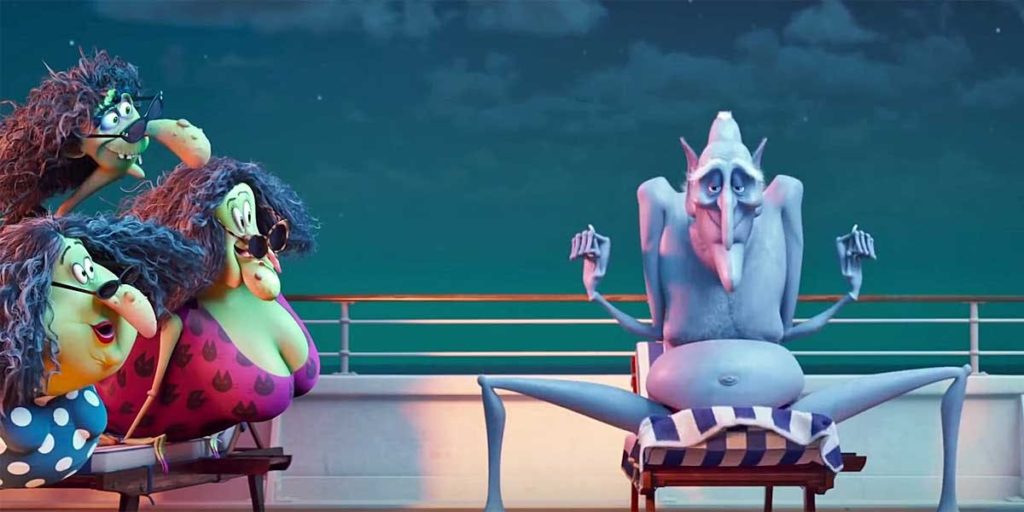 Back to that cynic in the audience for Hotel Transylvania 3 — who might think that the film is best described as a vehicle for Adam Sandler to preen and overact (yes, even in animation) and “sing” in his typical fashion. The movie is harmless, the jokes not very funny, and the best character in the film only has a single line (if you insist on knowing, it’s the Chupacabra at the bar), and it feels a lot longer than it is, but your precious heir is dead set on going, you may as well. Just be sure your expectations are lowered.