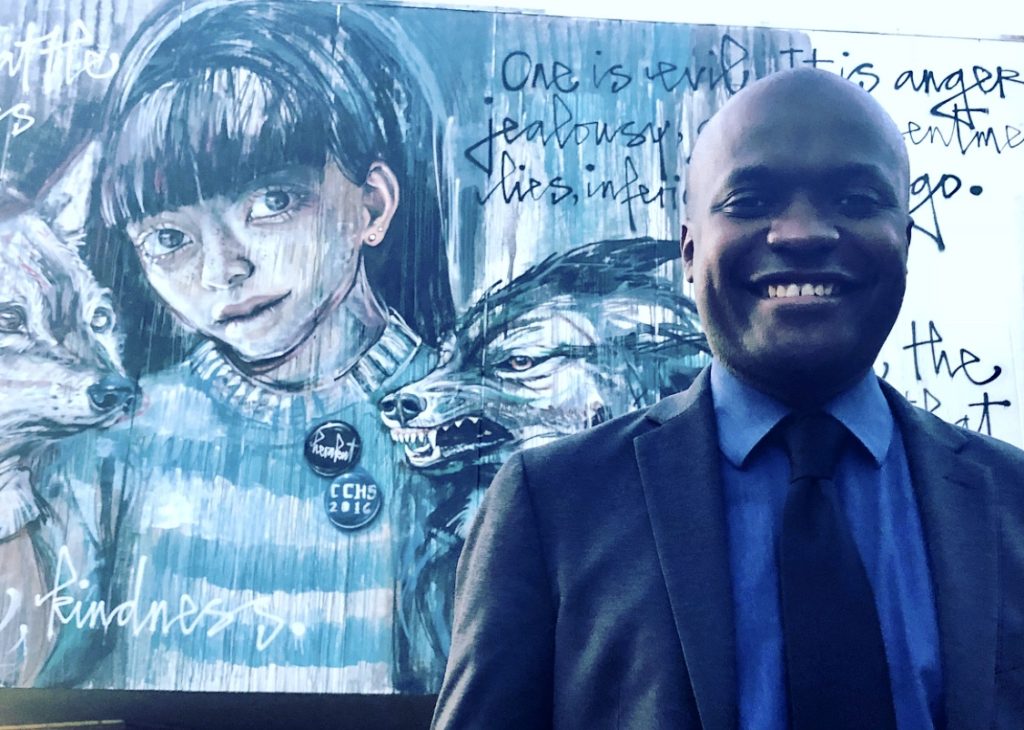 Op-Ed: The opinions expressed in this commentary are the author’s own.

This past April 10th, I was elated to become one of the two incoming Culver City Council members for 2018. It will be an honor to represent Culver City and I look forward to tackling the challenges ahead.

This victory was even more significant due to the fact that by winning, I became the first African American Council member in our city’s 100+ year history. Just two years ago, our current Vice Mayor, Thomas Small, became the first Asian American Council member in our city’s history. We have numerous reasons for #CulverPride. The Culver City Unified School District is the 5th most diverse in the entire country. The diversity at the Culver City Police Department rivals even that of the district. But, amidst this list of historic firsts and and the celebration of representational visibility, there is a marked deficit when it comes to women and their participation on the Culver City Council.

To be clear, women are incredibly involved in the civic life of Culver City. There has been consistent representation on the Culver City Unified District School Board, the Parks and Recreation Commission, The Bicycle and Pedestrian Advisory Committee, The Finance Advisory Committee, Cultural Affairs Commission and on many other city committees and commissions. Women are also prominent leaders in community-based civic groups within the city such as Ballona Creek Renaissance, Culver City Community Coalition, Culver City Community Action Network and The Culver City Sister Cities Committee.

Why, then, do we see so few female candidates in the campaigns for Culver City Council?

When Meghan Sahli-Wells leaves the council in two short years there will be no female representation on the City Council. A city with such a great wealth of strong female leaders should not have this problem. But, it appears as if there are impediments (seen or unseen), that prevent proven community leaders from progressing to higher office.

One reason might be a lack of consistent representation, that makes it clear that such a thing is possible. Some might posit it could be the balancing of work and home responsibilities (the grind of the campaign trail and the council schedule once seated can be disruptive to a family’s routine). Still others might cite the contentious political environment in which we currently find ourselves.

Culver City School Board Member Dr. Kelly Kent in a post in the Culver City (unofficial) facebook group voiced her concerns about the political climate that might discourage local women candidates for city council particularly women of color, “I just got a call from the kick-butt Latina woman I have been wooing to run for school board. She won’t even consider it now, because of how terribly candidates are treated. Each time we demean and dehumanize, we take another step further into our dark and damning past and farther from what should be our bright and accessible-to-all future. Those who have historically been the most oppressed can show us the answer for which path to follow forward. Please get comfortable with that truth, and help us be a town that sets precedent and tone for what fairness, equality and justice really look like. #itsuptous”

During the course of the campaign, some nastiness arose from outside of the official campaigns. Allegations were hurled around of number of subjects not necessarily pertinent to the work ahead for the new city council. Should prospective candidates feel that their lives and past interactions be on display? Is this not an assumption of interactions with public service? Or can we hold ourselves to a higher standard of discourse and decorum? My hope is for the latter.

There is much work to do in Culver City. In order for our elected officials and public servants to be most useful and effective, we need to make sure that there is appropriate space and representation from the widest swath of races, ethnicities, gender identities and socioeconomic backgrounds. But, in our quest to encourage representations from these various demographic groups, we must make purposeful and motivated efforts to ensure female-identified individuals have a place in the positions which hold the most sway over our communities. Furthermore, we must endeavor to make sure that this is not something that is extraordinary, but one expected, in the best possible way.

Looking forward I would like to see many of the things that I spoke about during the campaign become a reality. We must do as much as we can to protect the health and safety of Culver City residents in finalizing our regulations for the Inglewood Oil Field, we must take steps on the municipal level to address the dual crises of homelessness an affordable housing, we must adapt our development policies to encourage more pedestrian and bicycle infrastructure, thereby relieving a bit of the choked automobile traffic that is common to our region.

But, we must also make more ardent efforts to make sure our City Council reflects the reality of our civic life. We must acknowledge, encourage, and support the women leaders already doing amazing work in our community while also encouraging those who have considered becoming more involved in civic life to “jump in” with both feet. We need to ensure that in the next 100 years of our city’s future we have far more than five female-identified individuals on the dais at City Hall.

We are currently represented by two passionate and determined progressive women on the state and federal level in State Senator Holly Mitchell and Representative Karen Bass. When Meghan Sahli-Wells retires from the council, there will be a vacancy in that local-level leadership. It is my hope that the strong progressive women who are already leaders in our community will pick up the mantle and bring their skills and expertise to our city’s council. We will all be better for it.

Community Meeting: Regarding: Temporary Redesign of the Intersection of Ranch/Kelmore/Overland