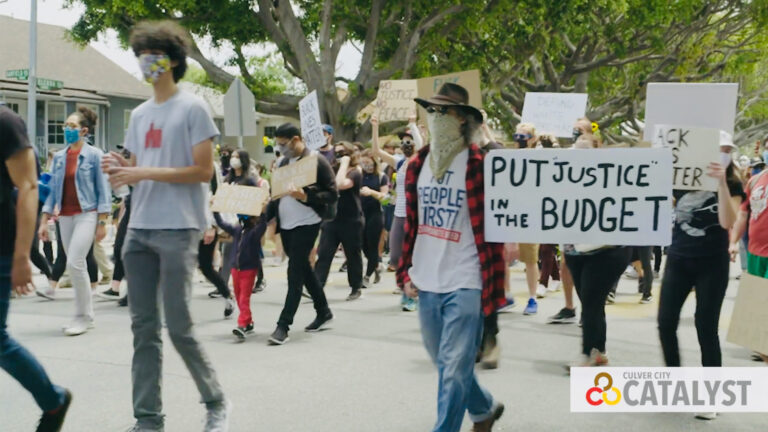 At their April 14th meeting, the members of the Culver City Democratic Club adopted a resolution calling for major changes in the role and size of the Culver City Police Department. The vote was 96% in favor. This resolution asks the City Council to implement the recommendations of a report they commissioned from Solidarity Consulting, which reconsiders policing in the context of the issues raised by the Black Lives Matter movement. This report was ordered in July 2020 and delivered January 2021. The City Council will discuss it at a special meeting April 26.

The Democratic Club asks the Council to incorporate this report’s recommendations into the City’s 2021-2022 budget and department workplans. As summarized in the Club’s resolution, they are:

The Culver City Democratic Club is Culver City’s oldest and largest political organization and the oldest progressive Democratic Club on the westside. All registered Democrats are welcome to join. More information is at www.c-c-d-c.com