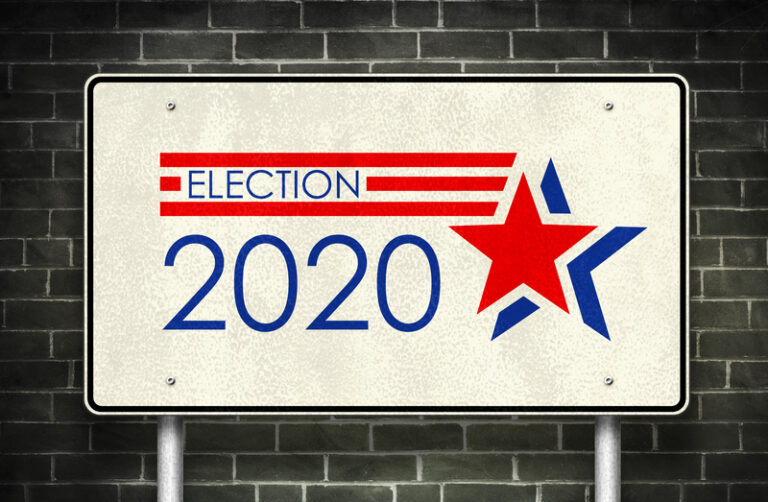 A new City Council has been seated, and it has already begun wading into controversial issues of racial equity, inclusionary housing, policing, and reimagining public safety. Many wonder what the election results tell us about where Culver City’s voters stand and what this portends for the future. Of course, we know that Yasmine-Imani McMorrin and Albert Vera won decisive victories to replace Meghan Sahli-Wells and Thomas Small and that incumbent then-Mayor Goran Eriksson edged out challenger Freddy Puza by just 28 votes (.1%). Vera declared at his swearing-in that his triumph represented some kind of backlash against the prior Council’s progressive stances. On the contrary, an analysis of the full range of races shows that Culver City voters are staunchly progressive. Indeed, we are consistently to the left of Santa Monica, galling though that may be to the old guard and hard right, which imagine Culver City as a (white) “oasis” amidst Westside leftism and “urban chaos.”

Consider, for instance, the marquee race in LA County over restraining police power and pursuing policies of accountability, decarceration, and decriminalization. Then-incumbent District Attorney Jackie Lacey was the primary target of Black Lives Matter-LA and, in complementary fashion, the only non-Culver City candidate to receive the endorsement and financial backing from the Culver City police union (CCPOA). Countywide, challenger George Gascón defeated Lacey 53.5% vs. 47.5%, but in Culver City, the gap was five times wider: 66.3% vs. 33.7%. Similarly, for County Supervisor, Holly Mitchell defeated Herb Wesson—the most prominent endorser of both Vera and Eriksson—60.6% to 39.4% district-wide but 74.2% to 25.8% in Culver City, in a race widely understood as pitting the progressive Mitchell against the establishment Wesson heavily backed by police unions. County Measure J, which commits at least 10% of the budget to reimagining public safety outside of law enforcement, similarly had overwhelming support in Culver City (69%), far above its countywide level (57%).

Another prominent issue in Culver City is housing. Opposing rent control was supposed to be local right-wing extremist Ron Bassilian’s Trojan Horse. It would allow him to build white nationalist power “behind enemy lines,” as he put it, through his vehicle Protect Culver City (PCC), which also teamed up with the police union. Eriksson staunchly opposed rent control on the Council, even before the state enacted its own weak version. Vera opposed it in his campaign. Both endorsed PCC’s flagship effort to use Measure B to repeal the last Council’s groundbreaking action to enact rent control as part of the first-ever renter protections in Culver City. Despite the torrent of landlord money and the misleading “voter choice” window dressing, the voters rejected Measure B by a substantial 9% margin (54.5% to 45.5%). By even larger margins (57.4% to 42.6%), Culver City voted to strengthen rent control further through Prop 21; it failed statewide but would have automatically narrowed the local ordinance’s existing small-landlord exemption and extended rent control to newer buildings. Clearly, it’s not the last Council majority that was out of step with the voters, who likewise approved the Measure RE transfer tax that was generally opposed by the same crowd fighting rent control.  In contrast, both McMorrin and Puza campaigned on their advocacy for rent control as part of Protect Culver City Renters (whose name PCC later echoed) and opposed Measure B.

In other local races, many were probably surprised to see outspoken progressive activist and first-time candidate Paula Amezola (on whose campaign I worked) sail to School Board victory, more than 3,000 votes ahead of Scott Zeidman and even further ahead of incumbent Anne Allaire. Zeidman, a former school board member, whom Ron Bassilian and PCC recruited to run, was endorsed by the police union and their old-guard allies of twelve former mayors, as well as by Eriksson and Vera. His signs were ubiquitous alongside PCC’s “Defend Don’t Defund” signs. But all that firepower and visibility from the old-guard/landlord/right-wing alliance didn’t get him very far at all. And progressive incumbent Kelly Kent, who was the direct target of one of the police union’s attack ads, was by far the top vote-getter overall.

Similarly, in the City Council races, the same configuration of reactionary forces went to the mat for Heather Wollin, in addition to Eriksson and Vera. Wollin is an avowed conservative who worked closely with Bassilian in his spurious attack on the last Council soon after it was sworn in. Those attacks seemed enough to win the allegiance (at such a low price!) of an embittered old guard still dumbfounded that Daniel Lee had defeated Vera in 2018 to become Culver City’s first-ever Black Councilmember, as well as the rare elected renter. Perhaps it was no surprise to see endorsements of Wollin from Bassilian allies like former Mayors Jeff Cooper and Richard Marcus (both PCC donors), as well as notorious old-timers like former Mayors Steven Gourley and Edward Wolkowitz. But even former Mayor Jim Clarke was willing to swing far to the right and embrace Wollin as part of the well-organized old-guard freak-out about progressive change and, above all else, racial reckoning around housing and policing. When they were on the Council together in 2017, Clarke had broken with Cooper and Eriksson to support sanctuary policies, and Clarke had been endorsed by the Culver City Democratic Club when he ran for Council back in the day; he also declined to endorse Measure B. Yet, with all that firepower and credibility lined up behind Wollin alongside Eriksson and Vera, Wollin got less than half the votes of any of the three progressive candidates (McMorrin, Puza, and Menthe).

The contrast between Menthe and Wollin is particularly instructive. Menthe ran the most moderate campaign of the three progressive candidates, emphasizing his ties to the Culver City business establishment and avoiding making any clear commitment to significantly downsizing policing. This tilt toward the center provided no electoral advantage, and he finished behind McMorrin and Puza—yet still got twice as many votes as Wollin. In contrast, McMorrin came out early, strong, and very explicitly for defunding CCPD by 50% to reallocate public safety dollars and response toward other methods. She received the most intense and direct attacks for it yet still garnered the most votes among the progressive trio. She nearly tied the vastly better funded, well-known, and connected Vera, who is the son of a former Mayor, owner of the popular (and delicious) Sorrento’s market, and generous donor to many local causes. Even Vera sought votes from his left and claimed, despite his CCPOA endorsement, in a mailer targeting Democrats to be “leading the charge for reimagining our police department,” though a different mailer flashed his Thin Blue Line bracelet. To his credit, Vera also explicitly rejected the support of Ron Bassilian and PCC.

Meanwhile, Eriksson took credit for helping to create the City’s public safety review —without mentioning that he opposed giving it a mandate to pursue structural change. And his campaign website touted his concern about affordable housing and houselessness —without acknowledging his staunch opposition to rent control. Even without considering outside expenditures, Eriksson’s campaign had more than two-and-a-half times the money of Puza’s (a $60,000+ advantage) and the benefits of incumbency over a first-time candidate, yet he won by just 28 votes.  Obviously, in the end, the results and City Council composition are what they are, but none of this suggests either a reactionary mandate or voter rejection of ambitiously progressive policies, especially given McMorrin’s victory.

To better understand how Culver City’s old guard keeps fooling itself on these points, it is worth taking a brief look at Culver City voter demographics. Culver City had a very high (86%) voter turnout in 2020. This was the first year both the City Council and School Board races were consolidated with the general election rather than sequestered into low-turnout, off-cycle local-only elections—another change championed by the outgoing Council and resisted by the old guard.

Consider registered voters who had turned out for any of the local-only elections in 2014-18. Unsurprisingly, these voters had a tremendously high turnout (96% (not shown)) in 2020, and yet they made up only about one-quarter of all 2020 voters (not shown). These regular voters with relatively high local engagement dominate many civic leaders’ “common sense” and social networks. However, they are sharply different demographically than voters overall (let alone the entire resident population): much more likely to be white, to be older, to be homeowners, and not Latinx. Of course, there is political diversity among these voters, but nonetheless, there are strong demographic patterns to politics (recent data here on race, age, and attitudes toward policing in Culver City). These familiar faces likely differ significantly on average from voters overall in their political preferences and priorities. But it is this narrow group whom the old guard seems to imagine Culver City to be when they claim a “silent majority” on issues like policing, property taxes, rent control, and immigrant-protective policies like sanctuary.

The lessons for Culver City progressives are, above all, not to be cowed by claims of voter backlash. On the contrary, the task at hand seems to be to make sure that a strong progressive message comes through clearly and to ensure that voters know it when candidates talk the talk but don’t walk the walk. That should be easier next time around, when post-pandemic campaigns with grassroots support can return to door-to-door and face-to-face campaigning rather than needing to rely so heavily on tremendously expensive direct mail (let alone giant billboards).