Note: This content was imported via RSS Feed from: https://www.dailybulletin.com/2018/04/27/ameryka-at-the-kirk-douglas-theatre-is-a-heavyweight-meditation-on-freedom/. 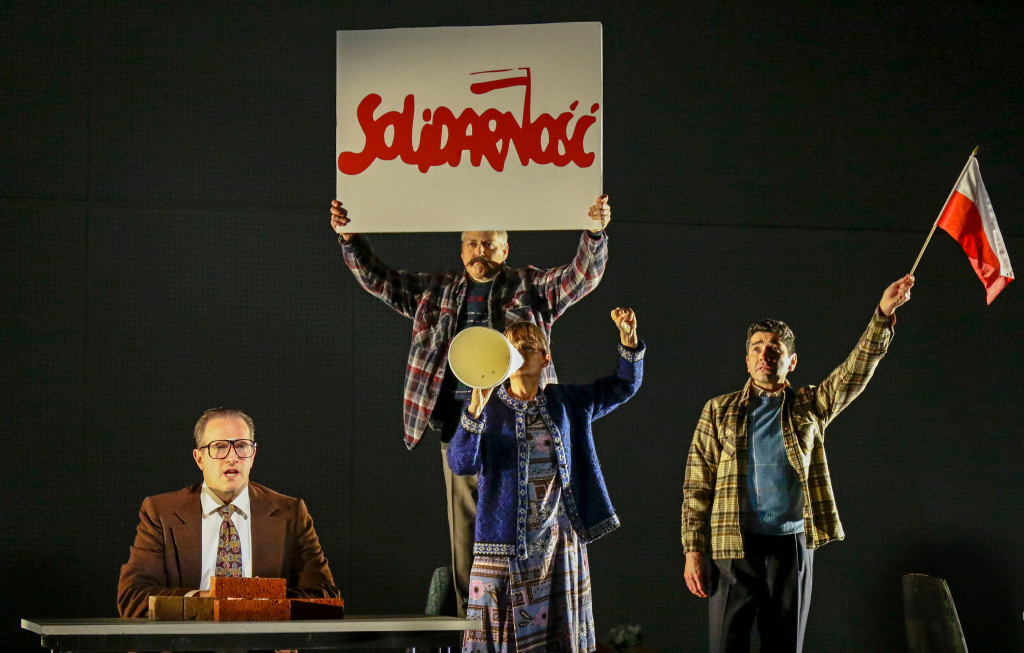 One of the more fascinating events at the Kirk Douglas Theatre in Culver City is the annual Block Party — a series of productions bringing the work of other Los Angeles theater companies to this Center Theatre Group space.

The current temporary occupant is Critical Mass Performance Group, with its splendidly challenging “Ameryka,” written and directed by Nancy Keystone in collaboration with her performers.

In the baldest terms, “Ameryka” is a composite look at the definitions of freedom and democracy as seen in the U.S., and in the Poland of the freedom movement of the 1980s. The underlying structure looks at the weights upon those definitions which hold them, or have held them back, from full realization of those lofty goals, and the societal and governmental ways that the terms have been twisted.

Is this serious stuff? Yes. Will some of the issues put forth be controversial? Yes. Is it a fascinating piece of challenging theater? Also yes.

The structure of the piece intertwines time periods, national settings and cultural frameworks to weave a complex tapestry of images and juxtapositions that define the production’s main points. The members of the ensemble play many parts, large and small, though they are most identified by just a few.

All deal in one form or another with the dichotomy between having great words and ideas but sacrificing them to social or political pragmatism, versus living out an idealism that may prove sacrificially noble but difficult to maintain.

Central and recurring characters provide the touchstones for the larger landscape. Curt Bonnem’s Thomas Jefferson balances the words of his writings against his continued acceptance and utilization of slavery. Jeff Lorch balances this with the idealism of Polish hero Tadeusz Kosciuszko, who fought in the American Revolution and tried to bring its stated ideals (as opposed to actual results) back to his native land.

Russell Edge’s CIA Director William Casey confidently maneuvers behind the scenes to aid Valerie Spencer’s Anna Walentynowicz, one of the driving forces of Solidarity, the union that triggered the gradual downfall of Poland’s Communist government.

Richard Gallegos’ Chief Little Turtle hovers over the supposed freedom of the U.S. as a reminder of a people sacrificed in the process, Liza Seneca’s Ewa becomes the voice of the Polish underground, and Nick Santoro supplies the questionable CIA agent Weller.

Still, simply defining main characters misses the essential point of this piece. What it confronts is best expressed in the constant use of bricks — simple bricks — to represent the weight carried with them on their journeys. The baggage of expectation, failure, compromise, even hypocrisy, “Ameryka” contends, defines how these diverse people define and experience, or don’t experience, freedom.

The play is meticulously researched, and the setting by director Keystone provides the spare but important background for Hsuan-Kuang Hsieh’s integral projections. Adam J. Frank’s lighting becomes a character, defining space and difference quickly as one moves from scene to scene.

The entire piece is as much choreographed as directed by Keystone, with results as powerful as they may be controversial.

“Ameryka” is at the Douglas for a short time, so catch it while you can. It is most certainly worth the time, but bring your thinking cap and be willing to ponder all the details for some days to come.

Frances Baum Nicholson has been reporting on the Los Angeles area theater scene for more than 35 years. To read more of her reviews, go to stagestruckreview.com. 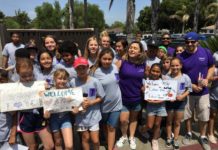 Upward Mobility: Achieving the American Dream Depends on Where You Live