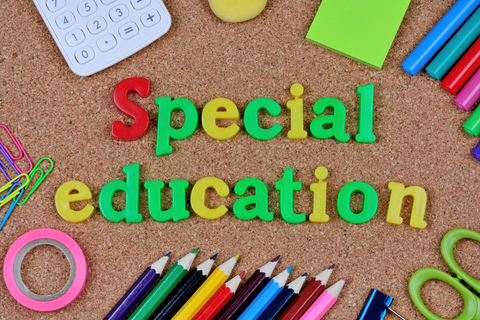 Special Education (SE) was again the hot topic at the May 22, 2018 CCUSD Board of Education meeting; a follow up to the May 8, 2018 school board meeting.

The meeting began with a productive alignment between the CCUSD district administration, teachers, and parents advocating for the heavily parent-supported inclusion of special ed students.

However, the night suddenly devolved into a heated war of words, when school board member Kathy Paspalis erupted into a tirade of accusations and admonishments towards El Rincon Principal Dr. Cassandra Ziskind.

Prior to the blowup, CCUSD Superintendent Leslie Lockhart reinforced CCUSD is fully dedicated to “inclusion…equity and access. Hands down.” Lockhart asked for patience and trust in the process, moving forward “in steps,” and acknowledging the process may seem slow.

The podium opened for public comment. Parents of special education students came to emphasize the merits of inclusion and Universal Design for Learning. Some parents were returning for a second time to push the conversation one-step further, by advocating for an independent and “outside” inclusion specialist to be hired to lead the transition.

CCUSD SE parent and SE teacher Kelly Hatfield, explained, “Without an expert to oversee these changes, I fear they may not occur for optimal benefit. Having someone come in from outside the district who does not report to the head of special education, who has been vocally against inclusion in meetings I’ve attended with her, could provide huge benefits to CCUSD.

“I cannot stress enough,” Hatfield continued, “how important expertise and experience are when making such a big transition. I’m sure you would all agree, if we don’t do it right, it would cost the district so much more money than hiring an expert and getting it done quickly from the beginning.”

A group of El Rincon parents and teachers also spoke regarding news of an additional special day class, scheduled to be added to El Rincon’s roster next year. They spoke of the disproportionate share of the special education student population El Rincon serves (El Rincon and Linwood E. Howe are the only two elementary schools with special day classes). The parents also highlighted benefits the community receives when special needs students are at all district campuses.

“We love our special day students,” said El Rincon teacher Linda Carpenter. “The true problem is there are other schools at our district that have zero [special day classes]. Why do students with special needs have to go a school other than their home school? These families are already dealing with the stress of having a special needs child. It feels like the other schools that do not have SDC classes are discriminating against special needs students.”

“I want children at our other elementary schools,” added El Rincon parent Lauren Jagnow, “To benefit from the same ethnic, educational-needs diversity, and economic diversity we have at El Rincon. Students also deserve to feel welcome and included, in any and all of our campuses regardless of their special needs, ethnicity or family’s income.”

During the school board’s commentary, Paspalis’ statements took an aggressive turn. Paspalis referred to emails she’d received which allegedly accused the school board of pulling a “fast-one” on El Rincon parents, and that the seemingly last-minute location-change (from City Hall to the district office) was made to dissuade attendance. Paspalis explained the move was due to a scheduling conflict, and called the accusations “laughable” and “sad.”

Paspalis then complained about comments made on social media by an El Rincon parent, who believed he was relaying a message from Ziskind (the parent later retracted the message was Ziskind’s). Paspalis alleged the message’s claims misled and unnecessarily riled El Rincon parents and teachers, and called it “patently absurd.” Paspalis admonished Ziskind to the school board and audience, “I have never seen a more irresponsible message from a principal during my entire time on this board.”

Paspalis addressed Ziskind, “If you were doing your job as a site administrator, the kind of chaos and confusion, miscommunication and undue stress ginned-up within your parent community…would never have occurred. I wish to apologize to the El Rincon community for this gross communication created when someone in a position of power and responsibility irresponsibly cries ‘wolf.’”

The meeting broke for recess, and the district lobby hallways filled with chaos. Parents and teachers appeared angry and confused, and some approached Paspalis to reprimand her behavior. Others huddled in groups, buzzing over what transpired. Standing next to Paspalis, School Board President Anne Allaire, exchanged heated words with some attendees, while Board Member Steve Levin fielded Ziskind, as she demanded to know why she was personally attacked in a public forum.

After the recess, Ziskind was granted an opportunity at the podium and responded to Paspalis’ accusations. She gave her account of events, denying the social media messages were from her. She added emphatically, “I’ve been in education for 30 years, and I’ve never experienced anything like this in my entire life. I would expect that school board members would be responsible, and actually, call me, and not slander my character and talk about my leadership with no proof. That’s a form of bullying.”

After the Meeting — Still Fired Up

When asked about reactions to what they witnessed that evening, meeting attendees shared their discontent at Paspalis’ statements, “I am horrified and embarrassed at the inappropriate and disrespectful tone and comments of board member Kathy Paspalis,” said CCUSD parent Charlene Nagakura.

Jagnow, who spoke earlier said of her time at the podium, “I was heartened by the response from the administration. I felt that the board was listening when I spoke. I feel that the majority of the board’s intention is clear that they do want to move forward with inclusion. I know the administration does. I know Superintendent Lockhart definitely means what she says.”

“I ended the public comments section feeling really positive about the process, and unfortunately the comments by Board Member Paspalis, kind of put a damper on that. I was shocked to hear a board member attack an administrator. It was hugely unprofessional. It was hugely disrespectful to minimize the concerns of the special needs parents and turn it into a personal attack on our principal. It was disrespectful to the community, and I think, frankly, her behavior was unfitting for someone in public office.”

Kathy Paspalis was contacted by the Catalyst, but declined to comment beyond “I said my piece. I’m going to let staff handle it from here.”

Click here to see full videos of the 5.22.18 school board meeting.